Garnier, the brand is French, but I bought it in Germany. That is why the title is in german, sort of.

Micellar water has exploded in the last years, it used to be a few brands like the very well known Bioderma Sensibio, to suddenly every major brand having it. I have tried several: Bioderma, Caudalie, Nuxe, Nivea, and now here is Garnier. Bioderma being the holy grial for its efficacy and because it does not irritate the skin. This Garnier micellar water is not as good but close. Actually I would put them in the same category because what it lacks it compensates with a much better price. What is the difference? Well, this is not so mild on the skin as Bioderma. It is efficient at removing make up, I would say as good as Bioderma. It claims that it leaves the skin matte, I think this is a far fetched claim. I never experienced it. 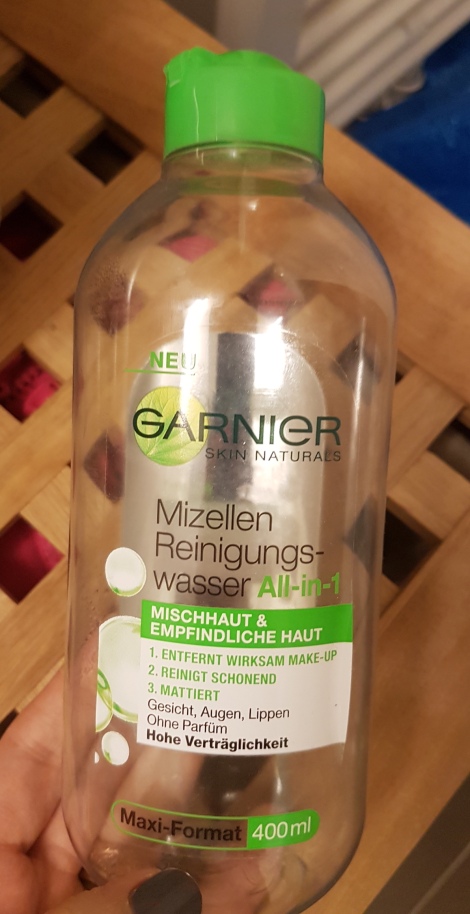 Would I buy this product again? Yes! Are you wondering what is all this about?

On that which makes my world go round

Your Hub for Gaming & Real Talk

Be a voice-not an echo

Fashion & Beauty on a Budget. ♥

... the new beginning of a magical adventure

The Art and Craft of Blogging

photography, writing and the spaces between

DOCTOR OF BABIES, LOVER OF NAIL POLISH AND ALL THINGS CRAFTY