This collection consists of six new shades of which four have a subtle silver shimmer. The shimmer isn’t really noticeable once it’s on the nails, but it’s there :D

On to the swatches!

Music in the air, a light lavender purple cream with ultra fine silver shimmer. The formula is on the thin side and quite tricky to work with. It’s also sheer. You can get away with two generous coats but I used three thin here. Indian sun, a bright yellow cream with a tiny bit of silver shimmer hidden in the formula. As with most yellow polishes the application isn’t very easy. This is two coats:

Catch fire, really looks coral in the bottle but it dries darker. On my nails it… 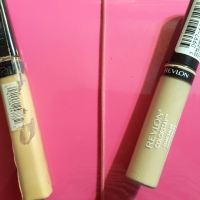 Are you wondering what is all this about?

Your Hub for Gaming & Real Talk

Be a voice-not an echo

Fashion & Beauty on a Budget. ♥

... the new beginning of a magical adventure

The Art and Craft of Blogging

photography, writing and the spaces between